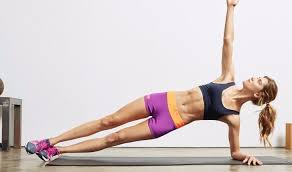 For the past few years science about muscle and neuromusculoskeletal medicine has exploded and expanded tremendously becoming very complicated. Unfortunately, there has also been an explosion in the undercurrent of ‘bad’ so called pseudoscience that underlies the genuinely highly evidence based science. The reasons for this are multiple and complicated but do include everything from misunderstanding the genuine evidence, to deliberate misinterpretation of good evidence, to bad research. Including poor research protocols, insufficient patient cohorts, inappropriate statistical analyses of data, deliberately setting out to prove a hypothesis, making money and / or gaining ‘professional’ status out of certain treatment approaches, pills, potions, devices etc etc etc (I did say it was complicated).

A lot of this ‘bad science’ has pervaded into sport and public perception. Particularly areas which include things like core stability and posture (I’m talking about natural posture here)

In a nutshell there are a myriad of medical and sports performance myths ‘out there’ and core stability and posture are two of them. Physiotherapy is probably to blame for the core stability myth, insofar as two Australian researchers (Gwendolyn Jull & Paul Hodges) did some research in the 1990’s where they used real time ultrasound scanning to image the transversus abdominus (trA) muscle in people with back pain.

They used the term ‘core’ to describe the synergistic action of 4 muscle groups trA, multifidus, pelvic floor and diaphragm, which they described as cylinder (core) like in their stabilisation of the low back and trunk. Jull and Hodges initial research seemed to suggest that the timing of contraction of the core in people with low back pain was delayed when getting them to perform a trunk movement. They hypothesised that because the core contraction in these people was delayed it was not stabilising their spine correctly, causing segmental instability and therefore was the source of their back pain. This provisional work from Jull and Hodges was too small scale in terms of patient numbers and not ‘controlled’ well enough to be considered as good science, as a piece of work it only qualified as ‘hypothesis generating’. Unfortunately, when they published their initial findings it literally went ‘viral’ in the physiotherapy and medical world and subsequently in sport, Pilates etc. So, within a few years nearly everyone had heard about and was ‘doing’ core stability. Fairly soon ‘poor core stability’ was being cited as the reason for back (and other areas of) pain, poor sporting performance, bad posture etc. Jull and Hodges went on to extend their original research and further real time ultrasound studies found that the delayed timing of the trA contraction was in fact a normal common variation across the whole population of people they studied, including those people with no back pain! They did responsibly publish these further findings as good scientists do but it was too late to put the ‘core stability’ genie back in the bottle. Jull and Hodges original research appears to have initiated and perpetuated a common myth that weak or poor core stability is common and responsible for things such as back pain and poor sporting performance etc. However, there is absolutely no good scientific evidence to support this. Clinically the only people seen with true core weakness / instability are people who have a compromised neurological system eg after brain injuries like stroke, trauma or spinal cord damage, or as a result of neurological conditions such as cerebral palsy, multiple sclerosis, Parkinson’s disease etc.

There are similar findings with posture which have been described a lot in the ‘bad science’ out there as a cause of problems with movement, pain etc. In essence good science has shown that asymmetry of posture is normal for the vast majority of people (with some occasional exceptions) and is almost impossible (and uneccessary) to change. Postural asymmetry is due to a number of factors one of which is ‘side dominance’, that is when we are between 5-7 years old our brain decides whether we are going to be right or left side dominant, so from this moment on we will use the left or right side of our body more to do every day tasks and sport. As such, due to the training effects and progressive loading this brings about, the muscles and bones etc develop differently on our dominant side, so logically we will never be truly symmetrical. Similarly, if we have scoliosis or are kypholordotic, lordotic, ‘swayback’ or ‘flat back’ in our spinal posture, even the most intense physical training of the core will create little if any change. Professional athletes are great examples here, as they often do high levels of abdominal training but still retain their fundamental posture. This doesn’t mean that strength and condition training isn’t helpful, far from it, in fact “it is never wrong to get strong”. The bottom line is we don’t need to talk about, treat, train or consider ‘the core’ as special or different to any other groups of muscles. It works all on its own, all of the time without us having to even think, focus or consciously contract it. Lots of sport and exercises are brilliant conditioning and strengthening exercises for the core and lots of other equally important muscle groups too. Encouraging people to focus on their core by inferring it could be ‘weak’ or needs ‘stabilising’ has in my experience and that of many of my learned colleagues caused much unnecessary apprehension and anxiety for many of the public, including elite athletes who have been encouraged to over-focus on an area of unproven weakness.

In sport and/or movement learning we could borrow a term used by the excellent golf coach Russel Heritage, ‘conscious competence”. This emphasises conscious focus on the feeling of the movement being worked on and reinforces neuroplasticity and new movement learning. It is also sport specific towards the desired outcomes and strengthens and conditions the muscle groups involved in these movements. Focusing on individual muscle areas could be helpful in one to one lessons to help people get a ‘feeling’ for what they need to achieve. In higher end rehab or task performance learning, consciously focusing on the task itself and the ‘feeling involved in performing the task usually provides much better success with learning and retaining new movements by creating new or stronger synaptic connections. Contracting your ‘core’ while you are in your golf posture for example, will get you good at, well literally contracting your core while you are in your golf posture and not at striking a golf ball. I hope this is making sense? I always think the simplest way to look at this is in terms of sports specificity i.e. if you want to get good at running, go running, don’t go swimming!
Wandering off into the mire of pseudoscience that is ‘poor posture’, core stability, muscle imbalance etc just clutters understanding and distracts people, moving them further away from collective sporting or rehab goalS. Normal movement is thoughtless and fearless and does not involve focusing on muscles etc.

Scientifically, It’s a minefield out there, and one where lots of medical professionals are also confused. This couldn’t have been highlighted more by a 2018 survey of British Physiotherapists, which very sadly found that the most common treatment for back pain used by UK physiotherapists was, yeah you probably guessed, ‘core stability’ exercises despite the total lack of scientific evidence for this approach. Bad science is hard to get rid of once it becomes a belief in the minds of clinicians and the public alike!

p.s. a good accessible scientific review paper if you want to read more on this subject was written by Professor Eyal Lederman and is titled ‘The Myth of Core Stability’. You should be able to find it via a google search where I think it is still free to download from Prof Leyderman’s website.