The Truth About Muscle Pain

Once again the last few weeks in clinic I’ve seen a couple of people who were previously diagnosed with ‘muscle pain’ over a year ago, and as such have received and been advised to do lots of muscle focused treatments such as massage, mobilisation (hands on stretching) using foam rollers, self-stretching etc. None of these have made any significant difference to their muscle pain, which has continued unabated, albeit with brief periods of improvement, only for the pain to return to its previous level. This type of pain  history and behaviour is something we hear a lot from people. Sometimes the pain at their muscle started as a strain/tear, bump or knock but quite often they have no history of memorable trauma to the muscle at all.

Firstly, if I can be so bold as to say, muscles do not injure spontaneously! In other words they require some form of trauma to injure them like a strain, bang or knock. So if you are feeling pain in the area of a muscle and you haven’t injured it is almost certainly not because the muscle is injured or damaged in any way (more on this in a moment).
If you have initially injured a muscle, such as when straining a calf or hamstring while running or exercising, if your injury happened more than around 6-weeks ago and you still have pain it is again very unlikely to be coming from muscle injury/damage. Pain from muscle damage is even more unlikely as time progresses.

Simply because muscles are great at healing within about 6-weeks after injury. Modest or even extensive regions of scar tissue within muscles after healing don’t make pain inevitable or even particularly likely. Consider this alongside scar tissue on skin, which actually contains far more nerves than muscle but doesn’t act as a source of on going pain after injury (extensive burn injuries are an exception here).

WHERE’S THE PAIN COMING FROM. 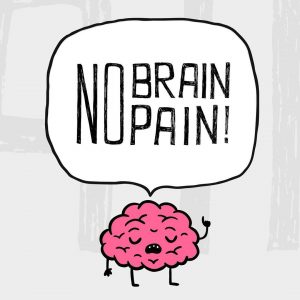 In a nutshell – you’re brain!
All pain is felt in the brain. If this scientific fact is brand new to you it might be helpful to look at some of the other literature and videos on our clinic Facebook page or website.
The brain receives signals from sensory nerves that are present all over the body. Specialised nerves send signals to the brain when the body’s tissues are subjected to intense, noxious or threatening stimulation from mechanical forces (stretch, compression, load) thermal stimuli (hot & cold) and chemicals (inflammation, bruising). Many of these events cause changes to the sensitivity of nerves which can become super sensitive and remain that way even after the original injuries to tissues such as muscle have healed! This leaves an ongoing legacy of nervous system mechanisms that can cause ongoing pain long after the original tissues have healed completely. Accordingly, purely manual or ‘hands on’ based treatments to the muscle such as those described above often don’t provide any long-term improvement in pain. Essentially because the pain is actually due to changes within nerves and the change in processing of these nerve signals within the nervous system and brain – this is science fact. Sound complicated? Unfortunately it is, way more complicated than a lot of the previously held simplistic mechanical/muscle based theories which have now been shown to be incorrect and outdated in light of the current scientific evidence we have.

Many instances of pain felt within muscles are often called ‘referred pain’, in the pain science literature, that is pain felt within a body area some distance away from the source of the problem. Sciatica is a prime example of this, many people who have experienced or got sciatica will often tell you that their worst pain is felt in the muscles of their leg i.e buttock, hamstring, calf, and touching these muscles or having pressure applied (even in sitting) can cause or markedly increase their pain. Yet there is absolutely nothing wrong with the muscle! The problem originates from irritation at the top of the sciatic nerve at the level of the low back, yet the pain can be felt up to 1.5 metres away in the foot or calf. This could be considered a ‘phantom’ pain, in other words it is a false positive for damage in the muscle where the pain is felt/perceived but a true positive for pain felt in the brain. Phew, are you still following? I did say it was complicated. Similar pains come from the nerves in the neck, which can often result in pain referred into the muscles at the shoulders, shoulder blades, arm and hand.

The ultimate example of this is true phantom limb pain, which tragically occurs in about 80% of people after they have lost part or all of a limb through injury or amputation but  still feel pain in muscles of the leg or foot arm or hand that are literally not there anymore.

This is because pain is always felt in the brain all of the time.

Thanks for your interest and congratulations on getting to the end through all the ‘science stuff’. It would be lovely if muscle pain was simple but unfortunately it is way, way more complicated than medicine initially perceived.
We hope you have found this a helpful resource.

Please contact us for more information or to discuss your own situation. 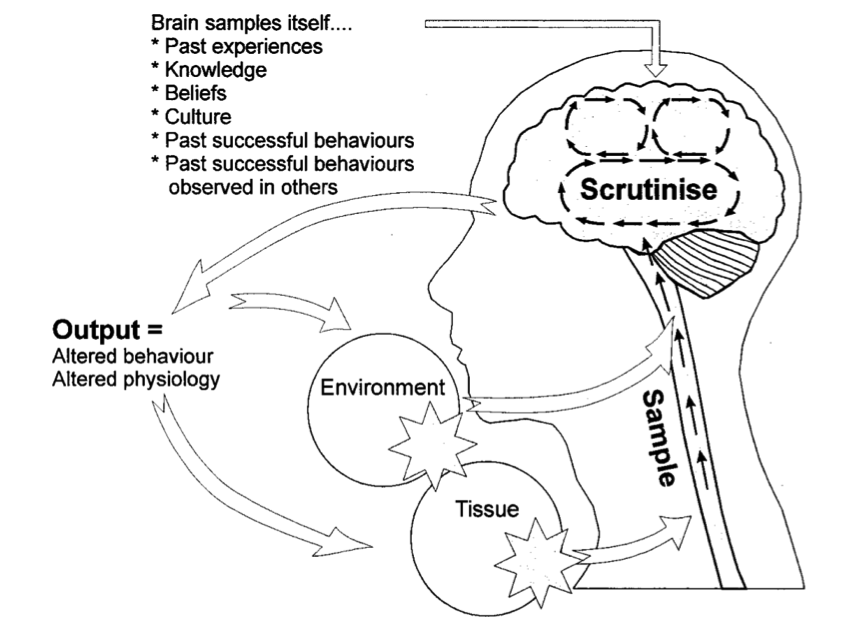